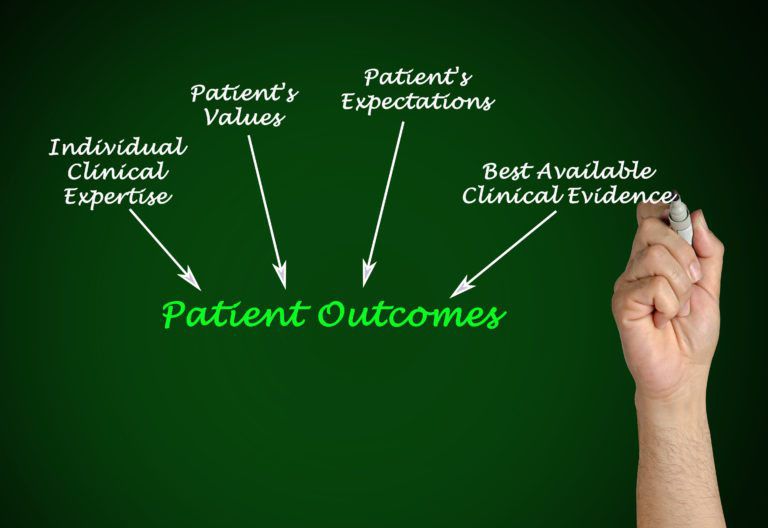 There’s a new trend rising in dentistry, a trend that focuses on a patient-centered approach to making decisions.  This approach means that your dental care experience is based on a personalized plan based off of the combination of that approach and the latest knowledge in dentistry science.  This trend is known as “Evidence Based Dentistry” and is recognized as an integration of assessments across multiple systems that have been shown to be relevant in clinical science.  These elements are tied to the medical and oral conditions of the patient, drawing on their history and the expertise of the dentist to discover the treatment needs and preferences of the patient.

It Starts With Clinical Decision Making

Sometime in the 60’s it became apparent that the present approach to making decisions in the medical field was flawed, and attention was drawn to clinical reasoning and the biases each individual doctor had that affected it.  Many practices of the time suffered from not being supported by controlled trials and were assumed to be effective without this foundation of evidence.  From this came the idea that evidence of effectiveness was necessary when created new guidelines for practice, and that patients should be involved in the decision-making process.

Evidence Is Taken From The Patient, And Larger Groups

Previously all medicine, including dentistry, was practiced with the idea that what worked for the largest group of people would obviously work for everyone.  Through evidence-based medicine, and by extension evidence-based dentistry, this practice slowly changed, encouraging doctors and dentists alike to start treating each patient with evidence gleaned not just on the population level, but also from the patient themselves.  In modern practices, this just seems like common sense, but it wasn’t always this way.

What Are The Aims Of Evidence-Based Dentistry

The baseline concepts of EBD are fairly simple but deeply important to a successful practice.  They can be summed up in two basic goals: The utilization of the best evidence and most current research in the dental industry in practical use. To put it simply, you take the most current and best ideas and apply them in day to day practice.  There are four steps involved in this process:

Through these processes, your dentist ensures that your treatment is based on the most advanced and relevant dental science, and applied in a way that is appropriate for you and your case.  Evidence-Based Dentistry is a growing trend, and the future of medicine and dentistry alike.